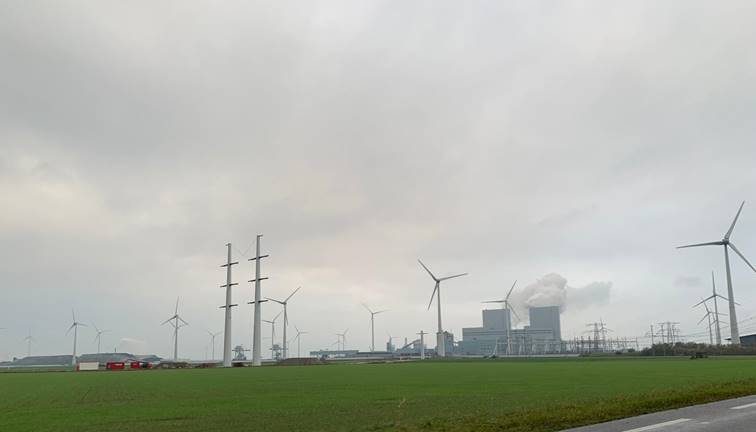 TenneT has taken a new high-voltage station into use in Eemshaven today. The 110 kV substation is part of a grid reinforcement plan that the grid operator is implementing together with Enexis in the Northern Netherlands and is intended to support the growing supply of sustainable energy production in Eemshaven.

Eemshaven is engaged in a rapid development as an energy port and in a sustainability process. For example, the port already has several power plants and serves as a connection point for wind farms at sea (such as the Gemini Offshore Wind Farm and possibly in the future the North of the Wadden Islands wind farm), a connection with the rest of the Netherlands and as a base for the interconnectors (sea cables) with Norway and Denmark. Of all the electricity that finds its way to customers in or via Eemshaven (8,000 MW), half no longer comes from fossil sources, TenneT reports. In the coming years, new onshore and offshore wind farms and solar parks will be connected in Eemshaven.

The high-voltage station that is located at Middenweg is the first station that has been built entirely for wind and solar energy that is generated in Eemshaven. In addition to the construction of the station, TenneT also laid a 9-kilometer-long underground cable connection from the station and has expanded the capacity of the existing high-voltage station Eemshaven Robbenplaat by 740 MW.

Biodiversity at the high-voltage substation
In collaboration with Groningen Seaports, TenneT has sown a total of 25,000 m2 of land with flowers on part of the site of the new high-voltage station. In addition, the network operator has also installed an insect hotel.

The high-voltage station that is located at Middenweg is the first station that has been built entirely for wind and solar energy that is generated in Eemshaven.